What I learned about Autism 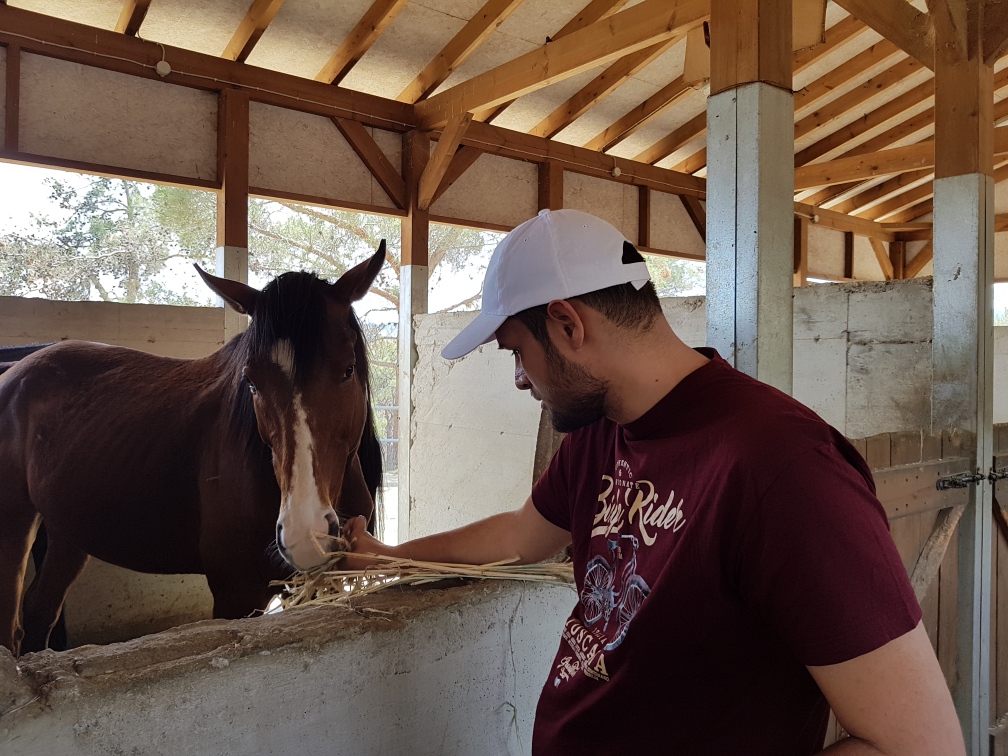 I have been working for different NGOs in several countries for the past six years. I feel privileged to be in a position that enables me to travel the word, meet new people, learn about different cultures and enhance my experience and perspective of the world we live in.

When I heard about a start-up NGO in Cyprus which focuses on young adults with autism, I was immediately interested. I have wanted to work for a start-up NGO for a while now.

I liked the idea of helping grow a group’s vision and being part of the creation process. I believe that education and awareness are key to tackling any challenges, so forming new messaging and developing outreach was appealing. Also, I knew I could put my NGO experience to good use.

But I knew very little about autism. In fact, I knew almost nothing about it.  I researched a little online and discovered that it was a huge spectrum with varying needs and varying symptoms.

The first person I spoke with was Ellen Georgiou Pontikis one of the founders of Voice for Autism.  It was a chance meeting at a dinner and I was immediately struck by her enthusiasm, ‘can do’ attitude and her determination to secure a better future for her son. She is the parent of a special needs young adult and shared her vision with me about setting up an NGO specifically for that demographic whose needs are not being addressed such as the transition to adulthood, independent living and inclusive work programs.

Ellen introduced me to her co-founders Eugenia Mina and Andri Christodoulides, both special needs educators. Eugenia is a speech pathologist with a child on the spectrum and Andri is a certified autism expert. I was immediately impressed by the calibre, quality and mission of the NGO but what struck me the most was the integrity and commitment behind it. Here were families, professionals and experts coming together, pooling their experiences and skills to make a difference and implement change. I was also impressed by the very clear mission based on advocacy and action. Step One is to create a group home to give young people with autism their right to live independently with support. Step Two is to set up a café and create an integrated workplace. The idea is that these models could be replicated in other cities in Cyprus.

Then I met Louis (Ellen’s son) and Christos (Eugenia’s son) and I was sold.

I had never met an autistic individual before. Louis was calm yet full of life, especially when his favourite music was on. He immediately showed interest in me, a newcomer, and asked me what car I drove. Christos was even calmer. He was shy, I said hello and he said hi back waving before he quickly put his headphones back on to listen to his favourite reggae music. He was listening to the legend: Bob Marley.

All I knew about autism or people on the spectrum was what I occasionally saw on television and in movies: portraying them as rarely calm, challenging to deal with and often triggered by the slightest thing. After meeting Christos and Louis I learned that this is not always the case. I learned that the spectrum is wide and people on it vary in behaviour and personalities.

I wanted to learn more. I wanted to be involved with Voice for Autism and asked how I could help. I was blown over when I was asked to be on the Board.

“It’s simple,” said Andrie. “We need your operational skills but, more than that, we need neutrality on the Board. Someone who is not a parent and not a therapist or teacher.”

Knowing nothing about autism was actually a good thing. I am learning more every day and I’m  seeing that the needs of young people with disabilities are exactly the same as any other adults. They want to live away from their families with the necessary supports; they want to go to work every day in an inclusive environment and in a job that interests them; and they want to socialise and make friends. Moreover, they want a life of dignity and respect.

Fadi Marouf is Head of Operations for Voice for Autism. He has experience in NGO Operations & Programmes around the world and is a human rights activist..